Frolicking in the Magenta under a watchful eye

We have been very very busy ... Hope all of you are doing well. 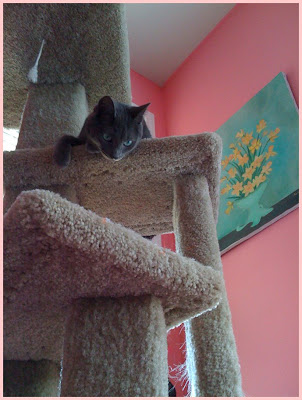 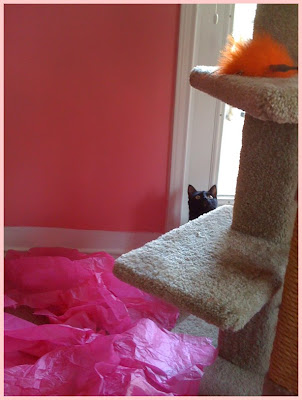 We will post more later.
Mom will stop by to visit you all soon! 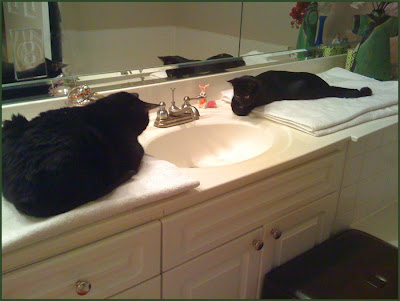 Miss Daisy Jiji was mesmerized by the splashy drip for long enough to lull her into sleep. {{{yippee}}} The little cats sleeps!

Purrz,
All the Whippy Curly Tails

I am the new kitty here & I am black with a little white pouf under my chin. Mom wanted me to tell you all quick story ... It's about my name ... First here's a pic of me & THAT Little Bunny: 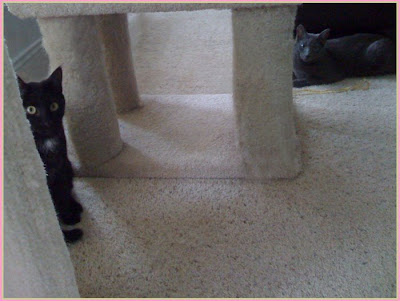 One of our favorite Blogspots is over at Tommy and the Girl's place. It is quite possible that Mom got the idea to adopt me from seeing that cute Sei-Chan. Also THAT Little Bunny needed a gal pal to run wild with ... ME!

When Mom brought me home she kept thinking about the cute black kitty in the movie Kiki's Delivery Service. She could not remember that cat's name. So she let her Mom name me. BUT, then Tommy & the Girls left a message about the same movie ... They mentioned the cat's name is Jiji. So guess what? That is now my middle name. I love it.

Thx to Tommy's Beans for the message! Everyone should go rent the movie, you will love it. 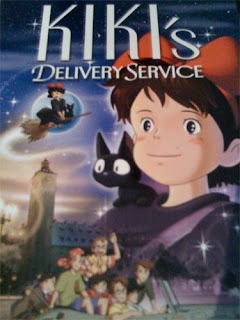 BTW, this is what Miss Simba thinks of me! This is her hiding out, high a top her favorite look out post! 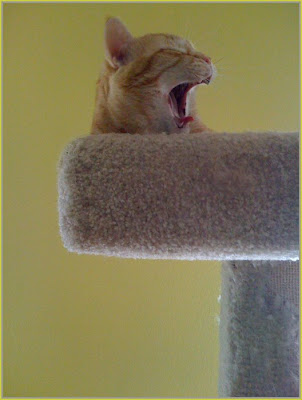 Our Mom has a sore throat ... Anyone have any special remedies? 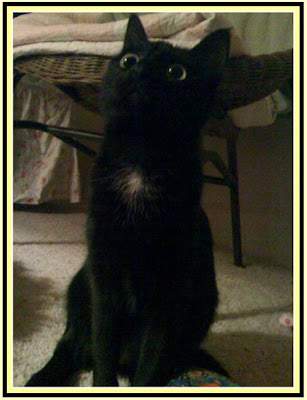 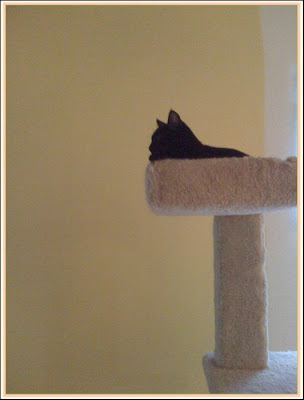 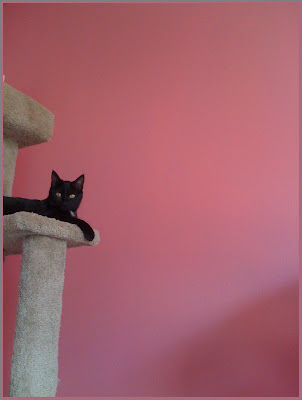 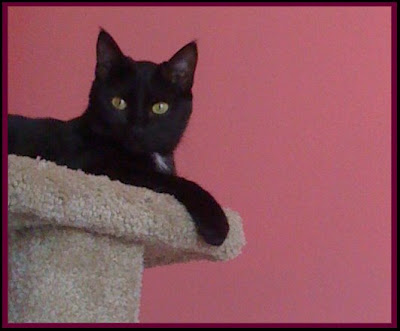 ~
Dearest Bloggyville & Kitty & Doggy world-at-large,
We need your vote & opinion ... Vote over at the poll to the right, after you read this, please. 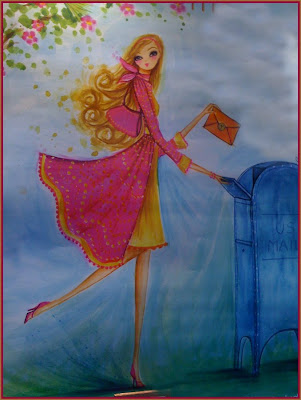 See this sweet little girl, below?
Well, Mom saw her today AND snuggled with her. Mom's brother meet this kitty too & said she would be purrfect for that Little Bunny.  She is 8 months old & is VERY playful.  Could we be her forever home!?! 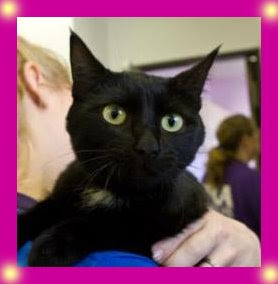 What do you think ... Should Mom bring her home?

All comments are welcome & appreciated.

BTW ... Tannie Man is doing VERY well. He is the most patient with new kitties - Even when that Little Bunny showed up.

Many thx for your thoughts,
Blackie
Ps. I would love it if Mom would bring that sweet girl kitty home - I am just to set in my ways to run with Little Bunny!  Sometimes I must hiss at her to get some shut-eye.

A Spoonful of Sugar helps the medicine ...

We have been very busy & a bit worried. Tannie Man got sick again ... But he is better!!
He has been to the Vet lots & comes home smelling fierce!
All his tests are negative ... The Vet is mystified.
Mom just is happy Tannie feels happy!!!
That's why she has been busy.
We have missed you all.
She posted a song,
Just
For
U ... 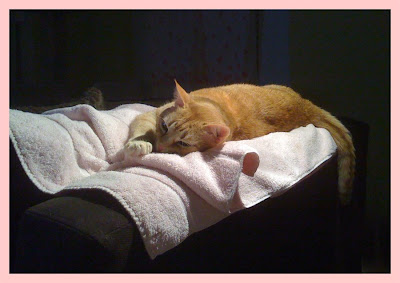 A Spoonful Of Sugar

In every job that must be done
There is an element of fun
You find the fun and snap!
The job's a game

And every task you undertake
Becomes a piece of cake
A lark! A spree!
It's very clear to see

The honeybees that fetch the nectar
From the flowers to the comb
Never tire of ever buzzing to and fro
Because they take a little nip
From every flower that they sip
And hence (And hence)
They find (They find)
Their tasks is not a grind  ... la la, la la, la ... 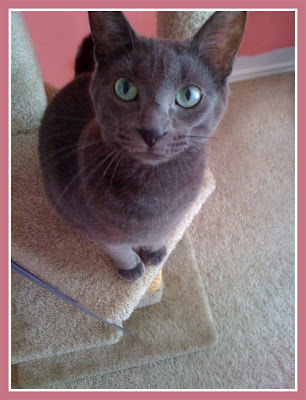 Hey that's ME above ... ME with the big eyes & the softest grey coat.
I am fierce too!

Are you all doing the Hidey?
I am, every day!

Purrz,
Little Bunny & Miss Simba -She is the gold one wayyyyyyyyyyy up there!